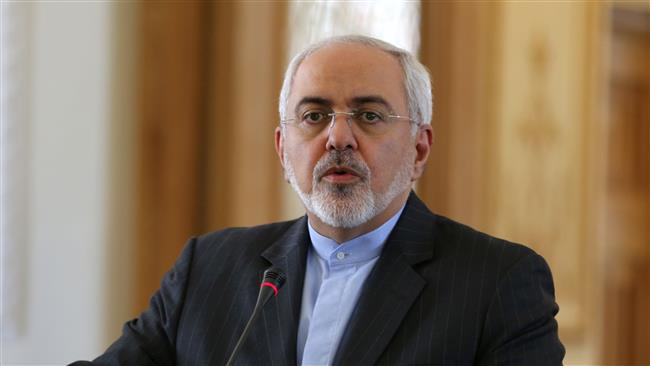 Foreign Minister Mohammad Javad Zarif has called on Washington to stop meddling in Iran’s relations with other countries ahead of a meeting with his US counterpart.

Zarif is expected to meet John Kerry in New York on Tuesday before the US secretary of state flies to Saudi Arabia to join President Barack Obama at a summit with Persian Gulf Arab leaders.

The meeting follows complaints from top Iranian officials that the US is not fulfilling its part of a nuclear agreement reached in July.

Zarif said Monday he would urge Washington to “seriously” live up to its side of the deal and stop interfering in Iran’s banking and financial ties with other states.

Iran's top diplomat is in New York to attend a UN debate on Sustainable Development Goals and attend the signing ceremony of the Paris climate change agreement.

Zarif said the visit is "a good opportunity to prevent groups hostile to Iran from implementing their Iranophobic projects" after the nuclear deal.

“It is time to rebuild trust with the institutions which suffered losses from their links with Iran in the past. They have to be given assurances that they will not suffer from such links in the future."

The minister said there is no hurdle on the way of healthy economic ties between Iran and the US but Tehran does not have plans to forge such relations for now.

Ahead of his visit, Zarif said he would ask the United States to ease restrictions on non-American banks doing business with the Islamic Republic.

“Iran will definitely put pressure on the United States to pave the way for the cooperation of non-American banks with Iran,” he said on Saturday.

“The other party, particularly the United States, is required to implement its commitments in banking cooperation,” he said at a Tehran news conference with visiting EU foreign policy chief Federica Mogherini.

On Friday, Governor of Iran's Central Bank Valiollah Seif hit out at the US and the EU for failing to honor the nuclear agreement by keeping Iran locked out of the international financial system.

In a speech at the US Council on Foreign Relations, Seif complained that “almost nothing” has been done to reintegrate Iran into the global economy since implementation of the nuclear deal in January.

“Unless serious efforts are made by our partners, in my view, they have not honored their obligations,” he said.

Seif warned that failure to do more to integrate Iranian banks into the global economy could jeopardize the nuclear agreement.

Effective implementation of the agreement must be done “in such a way that Iran’s economic and business activities will be facilitated,” he said. Otherwise, the deal “breaks up on its own terms.”